Originally, the West Colfax neighborhood was settled by Jewish immigrants from Eastern Europe who came into the area in the late 19th and early 20th centuries. Attracted by others with similar language, cultural and religious backgrounds, the immigrants made what is today West Colfax into Denver's version of a European neighborhood.

The town of Colfax was annexed to Denver in 1897. The name "Golden Avenue" was officially changed to "West Colfax Avenue." This great cross town avenue was named for Schuyler Colfax.

West Colfax Avenue was the main street of this small town. It was lined with two-story brick commercial buildings, stores, saloons, a restaurant, a meeting hall and even a hotel. West Colfax had a constant flow of hay wagons and peddlers, since all traffic en route to Denver from the agricultural communities of Golden and Morrison converged here.

In the 1940s and mid 50s, a housing boom occurred. Most vacant land west of Utica Street was purchased for home building. Today, West Colfax has a wide variety of housing & is a desirable Denver neighborhood! See below for the latest homes for sale in West Colfax or call us today to begin your search!

Luxury living at the Lakehouse with floor to ceiling windows and incredible lake, city and mountain views! Modern top of the line finishes include upgraded Sub Zero and ...

Perfect for Investors or First Time Home Buyers! Investor Opportunity: 50 foot wide lot, zoned G-RH-3, one of the last lots on Knox Court that can be developed in...

New Construction Duplex, 3 other units on this lot are also for sale and duplexes could be purchased together. 4 Bedroom, 5 Bath with a 1 Bedroom lock off Mother-in-Law w... 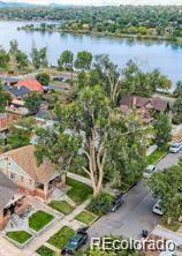 Fantastic opportunity for future development on this premier double lot that is just steps away from Sloans Lake. This double lot is .14 acres and zoned U-TU-C. This zoni...