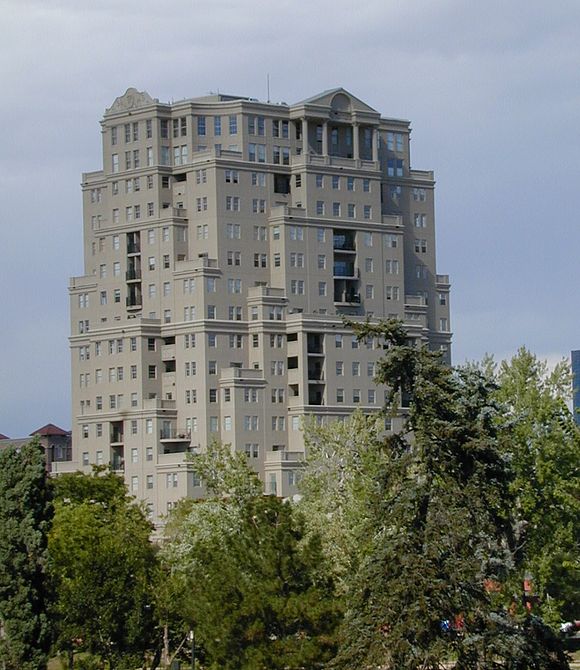 Between 1904 and 1919, Denver Mayor Robert Speer completed his ambitious plan for the Civic Center area, adding many civic institutions and a neoclassic park to the north of the neighborhood, and placing a leafy concrete urban canyon around Cherry Creek, creating Speer Boulevard, the neighborhood's western and southern border. Starting in the 1990s, perhaps as the result of the new Central Library, the neighborhood began its transformation into a functional multi-use neighborhood. New condominium and loft developments came into the neighborhood, and many of the old supply stores and garages were transformed into restaurants, art galleries, and small offices.

See below for the latest homes for sale in The Golden Triangle area call us today to begin your search!

Check out this wonderful unit in the heart of the Golden Triangle. All the space you need with nearly 1700 square feet of brightly lit and well laid out space, in a wide...

Experience exceptional city living in this incredible urban oasis in the heart of the Golden Triangle. The bright and inviting open floor plan welcomes you with picturesq...

Always wanted to live in the heart of Denver? Has the way you conduct business changed? . This Classic Victorian building is centrally located in Downtown Denver. This wo...

The Prado building is one of the city's architectural finest! Within 10 minutes of Cherry Creek, downtown, the Santa Fe Art District and walking distance to restaurants a...

Welcome to the city art mansion, The Rohe Home. This 4 bedroom, 6 bath masterpiece boasts 5,492 square feet of living space plus an ADU Condo with 673 sqft above the gar...

The Seller has adjusted pricing to motivate the right Buyer. All furniture has been moved out of the property and the home is positioned for a quick close. Property is al...